Why Germany’s populist AfD attracts so many followers

Fear and prejudice: Why Germany’s populist AfD attracts so many followers

This time it was Chemnitz. News reports around the world showed beefy, baldheaded men in black raising placards and their right arms, chanting xenophobic slogans. Right-wing extremists, soccer hooligans and angry citizens gathered – of all places – around a big statue of Karl Marx after a man had been stabbed to death in this Saxon city of 250,000 residents, apparently by two men Germany had taken in after they no longer could or would stay in their own countries: Syria and Iraq. The angry crowd blamed the crime on Germany’s chancellor, shouting the now-familiar “Merkel must go!” Then the mob turned their ire on people they considered foreigners. The police, vastly outnumbered, seemed powerless against this brand of collective punishment.

Just as shameful and shocking is the fact that federal lawmakers in Germany defended and even justified this episode of “going buckwild” (Steve Bannon). It was “normal that people explode” after this “kind of killing,” the parliamentary leader of the populist AfD, Alexander Gauland, said in a statement. And: “When the state can no longer protect its citizens, the people take to the streets and protect themselves,” Bundestag parliamentarian Markus Frohnmaier (AfD) tweeted. A call to vigilantism?

To be sure, there were also spontaneous counter-demonstrations, and music bands organized a big pro-tolerance solidarity concert attracting as many as 50,000 attendees. Slogans and insults flew back and forth. Those wanting to mourn the victim had no appropriate place to do so.

Not suprisingly, politicians and their parties seized the opportunity for some grandstanding. “The clashes have their roots in Chancellor Angela Merkel’s statement ‘We can do this,’” said FDP Vice President Wolfgang Kubicki, referring to Merkel’s open-door policy during the 2015 refugee crisis.

The reason for such statements can easily be traced to upcoming regional elections in Bavaria on October 14 and in Hessen two weeks later, followed by the European Parliamentary elections in the spring of 2019 and then, that autumn, elections in three eastern German states – Saxony, Brandenburg and Thuringia, where the AfD could become the strongest party of all.

Why do so many people in eastern Germany sympathize with the far right? The answer has two components: a sense of helplessness as well as fears of the future and of gradual decline. It began right after the fall of the Berlin Wall. To this day, western Germans regard the incorporation of the five eastern states as an act of generosity – which did not stop legions of West German carpetbaggers from taking their inexperienced new compatriots to the cleaners with insurance schemes and used car sales, all of which deeply embarrassed the easterners once they realized their mistakes. Later, with growing resentment, they watched banks get rescued with tax money and then return to their old business models, raking in cash once more, while the “little guy” paid for the party times of the past with unemployment and sinking real wages. The euro crisis, they felt, revealed their elected representatives – who had long become stooges of uncontrollable, too-big-to-fail corporations – to have lost all control of the situation. Many western Germans shared this view.

It was at this time, in 2013, that the AfD was born as the party criticizing the euro bailouts and the EU. When this cause lost its momentum, the Islam-haters gained traction. Then, the refugees came, more than a million of them. Many eastern Germans suddenly feared for their jobs, their homes and social welfare. The government, they believed, had a soft spot for any and all minorities, but not for us.

This seemingly permanent message of arrogance and indifference that easterners receive from western elites is now being answered, as growing numbers of eastern Germans vent their anger and frustration at demonstrations and at the ballot box. Only there do they regain their self-esteem.

The sympathies that the dissatisfied, the shortchanged and the disrespected feel for the nationalist AfD are irrational. Analysis of the party’s platform reveals that it serves the interests of businesses rather than “the little guy.” It calls for a scaled-back state that only the wealthy can afford. But the platform does support a minimum wage and, broadly, Germany’s long-enshrined system of collective bargaining. It also includes vague references to tax breaks for low and median incomes.

For the upper crust, however, the AfD promises capping employer contributions, taxes and welfare contributions at 40 percent of income. It seeks to abolish inheritance tax and rejects a wealth tax that could actually help repair the cohesion of a society afflicted by the widening gulf in private ownership – the gap between rich and poor. The AfD also wants more freedom for the private sector, less regulations and is encouraging privatization, including that of highways and health care.

The AfD also denies a link between CO2 emissions and global warming. “I don’t believe there’s anything that people can do against climate change,” Gauland said in a recent TV interview.

The actual glue that holds the AfD together is hatred of otherness. Since 2014, the party has steadily radicalized. Most party positions are held by far-right loudmouths, and the numbers of voters and supporters are rising. It is disturbing to learn from Franziska Schreiber, a women who left the AfD, how many members in 2016 actually desired a terrorist attack. “Things really need to hit the fan,” the author (of Inside AfD) heard again and again. “Then people will see we were right all along.” When Anis Amri drove a stolen truck into a Berlin Christmas market killing a dozen people, Schreiber often saw high-fives in place of condolences for the victims. It was all repeated in Chemnitz: a dead person at the hands of asylum seekers. It’s fertilizer for the AfD’s blossoming dreams of taking power. 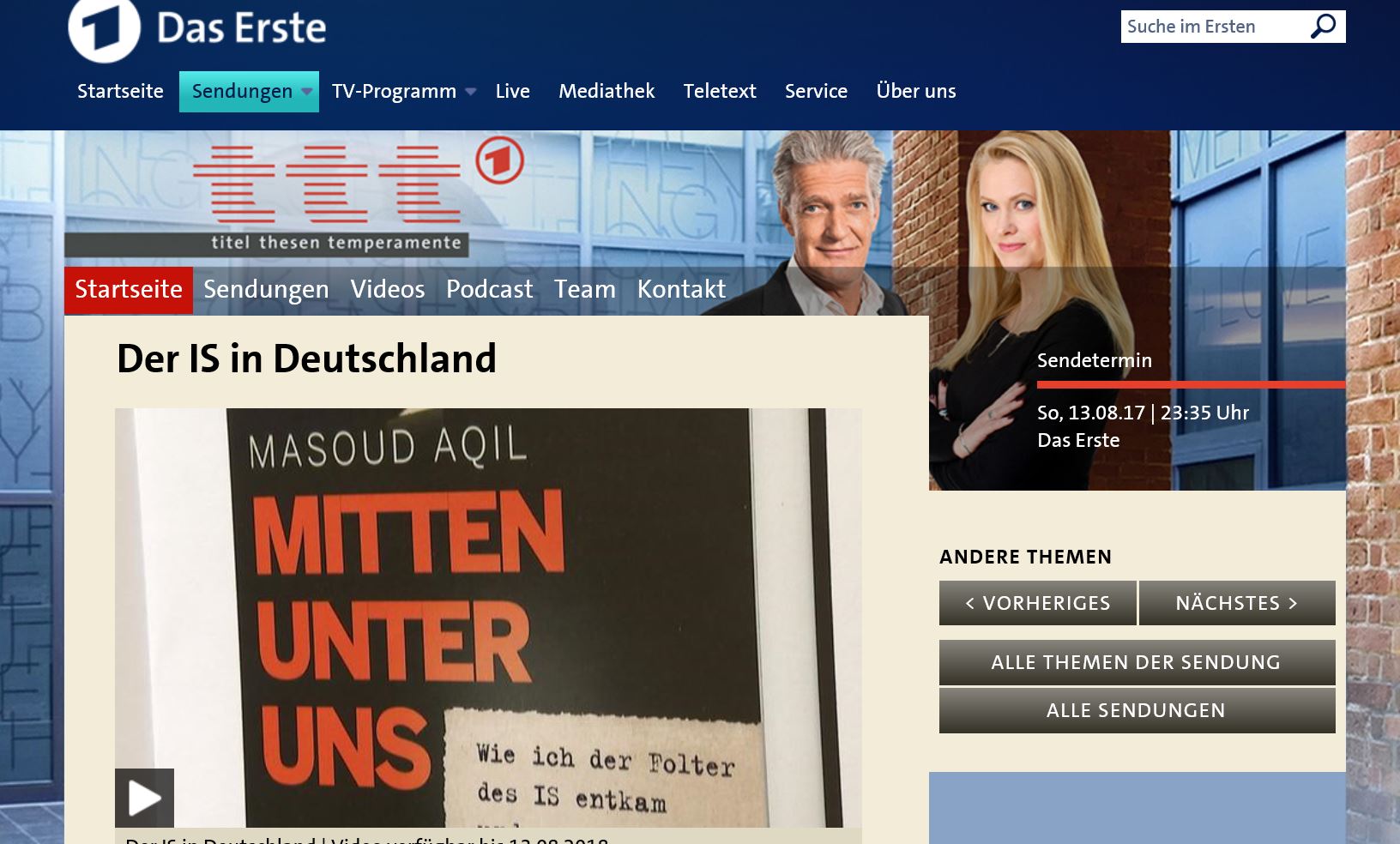 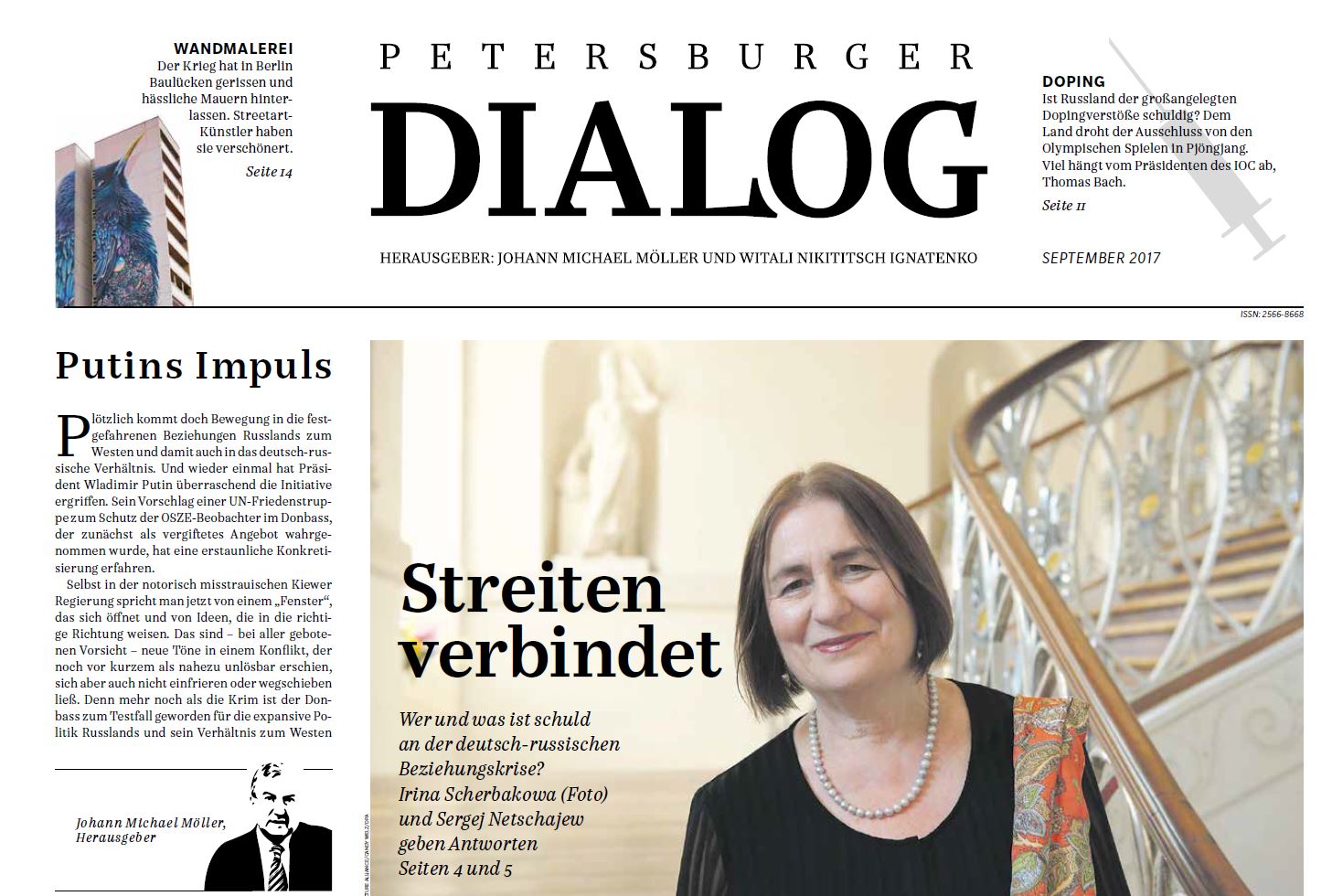