Germany has not forgotten its past. A response to ‚The New York Times‘

The intolerance and hate shown by AfD representatives in the Bundestag is by no means commonplace in Germany. By Peter H. Koepf

The intolerance and hate shown by AfD representatives in the Bundestag is by no means commonplace in Germany. By Peter H. Koepf

Germany has a problem, and that problem goes by the name of Alternative for Germany (AfD), “the most popular party” in certain parts of eastern Germany. No one would question that. Paul Hockenos, in his New York Times op-ed from April 15, has this much right. Nineteen months ago, the far-right party won 12.7 percent of the votes cast in the Bundestag elections, garnering 91 seats in parliament. This fall, it could top the ballots of one-third of all voters in Brandenburg, Saxony and Thuringia, three districts of the former GDR.

It’s irrefutable that the AfD is a racist, nationalist political party, with members that are avowed homophobes, xenophobes and even anti-Semites. But the AfD also counts friends of Israel among their members, as well as Jews and Muslims, and gays and lesbians.

While Hockenos is not wrong in writing that “people wearing Jewish headgear are harassed on the street” in Germany, his statement that “expanded expressions of intolerance and hate” by AfD party members in the Bundestag have become “commonplace” cannot go uncontested. And it’s also off the mark to claim that “the AfD is riding a shocking rise of German anti-Semitism and xenophobia.”

But are anti-Semitism and xenophobia truly on the rise? Has Germany really “forgotten the lessons of the Nazis,” as the title of The New York Times piece asks?

Anti-Semitism and xenophobia were present in Germany 10 years ago as well, and 20 years ago, and 40 years ago. In 1981, Chancellor Helmut Schmidt commissioned the Nowak and Sörgel Social Science Institute (SINUS) to conduct a study that ultimately showed that around 13 percent of West German adults had “an ideologically closed, far-right frame of mind, the main supports of which are a National Socialist view of history, hatred of foreigners, democracy, and pluralism and an exaggerated devotion to das Volk, fatherland and family.” The study revealed a frame of thinking that included a cult of leadership and anti-Semitism, as well as mistrust of the media – as we see again today, and not only in Germany. It also showed that more than onethird (37 percent) of Germans were “disposed to authoritarianism,” but that this mindset did not lead to action.

It is not the case that anti-Semitism and xenophobia have risen in Germany. First of all, the far right’s hatred for refugees has a distinct target: Muslims. In 2014 already, thousands of demonstrators took to the streets in Dresden and elsewhere to protest the influx of migrants. At that time, there was no serious political party that dared admitting hostility toward foreigners.

Back then, the spokespeople for the AfD, and those of the party’s more radical faction, embraced this theme, despite resistance from the party’s less extremist leadership, who were focusing more on the EU and the euro crisis. As a result, right-wing radicals and extremists – as well as the more authoritarian slice of the middle class – rallied behind the AfD, and the far-right xenophobes gained the upper hand within the party. The far right now controls the AfD, which has absorbed most members and supporters of the NPD, the relatively insignificant former bastion of Germany’s right wing.

Fear of outsiders generally rears its head wherever a large number of foreigners settle upon “native soil.” This has been and still is the case not only in Germany, the final destination for one million refugees in 2015, most of whom were fleeing war and terror and Islamism in Syria. Germany originally welcomed these refugees and displaced persons with open arms. Hundreds of thousands helped – and are still helping – the newcomers learn the language and cope with the hardships of everyday life in a foreign country. Xenophobia became apparent later when the refugees were to be resettled in various areas across the country, especially in places where there had so far hardly been any foreigners – like eastern Germany.

In this respect, the results of the recently published Leipzig authoritarianism study are particularly interesting. Last year, researchers surveyed 2,416 people in Germany (1,918 in the former West Germany and 498 in the former East) as to whether they agreed with certain stereotypes about Jews and whether the country should halt the immigration of Muslims. The result was that almost one in four Germans were against accepting more foreigners, but the figure was significantly higher in the East. The study also found that anti-Semitism is decreasing, but only in the West, not in the East.

Nonetheless, the Berlin daily newspaper Der Tagesspiegel recently ran an article titled “Violence against Jews sharply on the rise.” The source? It emerged from the federal government’s response to an enquiry by the Left Party that in 2018, 1,646 crimes had been committed against Jews – a nearly 10-percent increase from the previous year. And the number of violent acts had risen by more than 60 percent, from 37 to 62 offenses, leading to 43 injuries and no fatalities. Of the 857 suspects, 19 had been arrested but none was ever detained.

There are those who chalk up this growing problem to the immigration of Muslims. Charlotte Knobloch, former president of the Central Council of Jews in Germany, disagrees. In an interview with Spiegel Online, she called it “an extremely simplistic view. Those who are blaming the refugees exclusively for anti-Semitism are making it too easy on themselves.”

It goes without saying that neither propaganda crimes nor graffiti at cemeteries nor physical or verbal abuse can be tolerated, not to mention the assault of people wearing kippas. And these offenses are indeed not tolerated in Germany, where violence against Jews is covered with a very high level of attentiveness and scrutiny by the media.

Expressions of intolerance and hate are thus not “commonplace” in 2019 Germany. In fact, the objection to offensive language and those who express intolerance, hatred and anti-Semitism, especially in social media, is actually increasing.

Germany did not eradicate “deep-seated prejudices toward outsiders,” and it “practiced widespread discrimination against immigrants,” writes Hockenos. That sounds as if the answer to the article’s title question – “Has Germany forgotten the lessons of the Nazis?” – is a resounding “yes.” And it sounds as if Germany is again resorting to a Sonderweg, or special path. But the opposite actually appears to be the case.

A study by ComRes for CNN titled “Anti-Semitism in Europe Poll 2018” found that Germany has fared comparatively well in reducing xenophobia, anti-Semitism and hatred of minorities: While 10 percent of Europeans admitted they had unfavorable views of Jews, the figure is 7 percent in Germany, although the number jumps to 21.5 percent when only German Muslims are counted.

These figures coupled with Germany’s low levels of disapproval of minorities such as LGBT+, immigrants, Muslims and Roma lead to one conclusion: Germans are more tolerant than the average European. While providing no sources, Hockenos maintains that “40 percent of Germans say it’s right to blame Jews for Israel’s policies in the Middle East.” Also unattributed is his claim that, in the aftermath of the refugee crisis of 2015 and 2016, “many Germans – including mainstream, middleclass citizens – embraced the far right’s premises.” While it’s correct that surveys show that more and more Germans “desire an authoritarian leader and distrust liberal democracy,” this is also true for citizens of other European countries as well as the United States.

The opinion piece in The New York Times also claimed that Germany “overlooked other aspects of the Nazis’ genocidal racism,” such as the persecution of Slavs, Roma and homosexuals. Hockenos writes that Germany has indulged a “selective moral reckoning.” The numbers cited above refute one part of this statement. And even if the Holocaust Memorial in Berlin outshines all others, there is a nearby monument to homosexuals persecuted by the Nazis as well as one each for the Sinti and Roma. Berlin also commemorates George Elser, a Communist and would-be assassin of Hitler, as well as the 96 Reichstag representatives killed by the Nazis: Communists, Social Democrats, liberals of all stripes and members of the Catholic Center Party.

Sure, the former communist East Germany may be called “a hotbed of xenophobia and the far right.” But those choosing to use these words must provide reasons for doing so. And it doesn’t suffice to give a cursory list of those reasons, which stand out even more in the US, such as the “disorienting effects of globalization and the resentment stemming from the ever-wider discrepancy between the haves and the have-nots.”

But above all, Hockenos’ reference to “a new tolerance for racist ideas and violent hooliganism” is most misleading. In October 2018, Berlin saw 250,000 people demonstrate against racism and for a tolerant and humane Germany. The mighty yet nonviolent march ended where Barack Obama had given his speech in 2007, the Großer Stern, and when the first marchers arrived, the last were just departing Alexanderplatz where the demonstration had begun. The memory of Germany between 1933 and 1945 marched right along with the protesters. The Holocaust has become an inseparable and firmly anchored element in the historical consciousness of the vast majority of Germans. “Has Germany Forgotten the Lessons of the Nazis?” read the heading in The New York Times. Not at all.

Peter H. Koepf is editor in chief of The German Times as well as a co-author of the book by Franziska Schreiber titled Inside AfD. Der Bericht einer Aussteigerin (Inside the AfD. The report of an ex-member), Berlin, 2018. This article was originally published in „The German Times“, July 2019 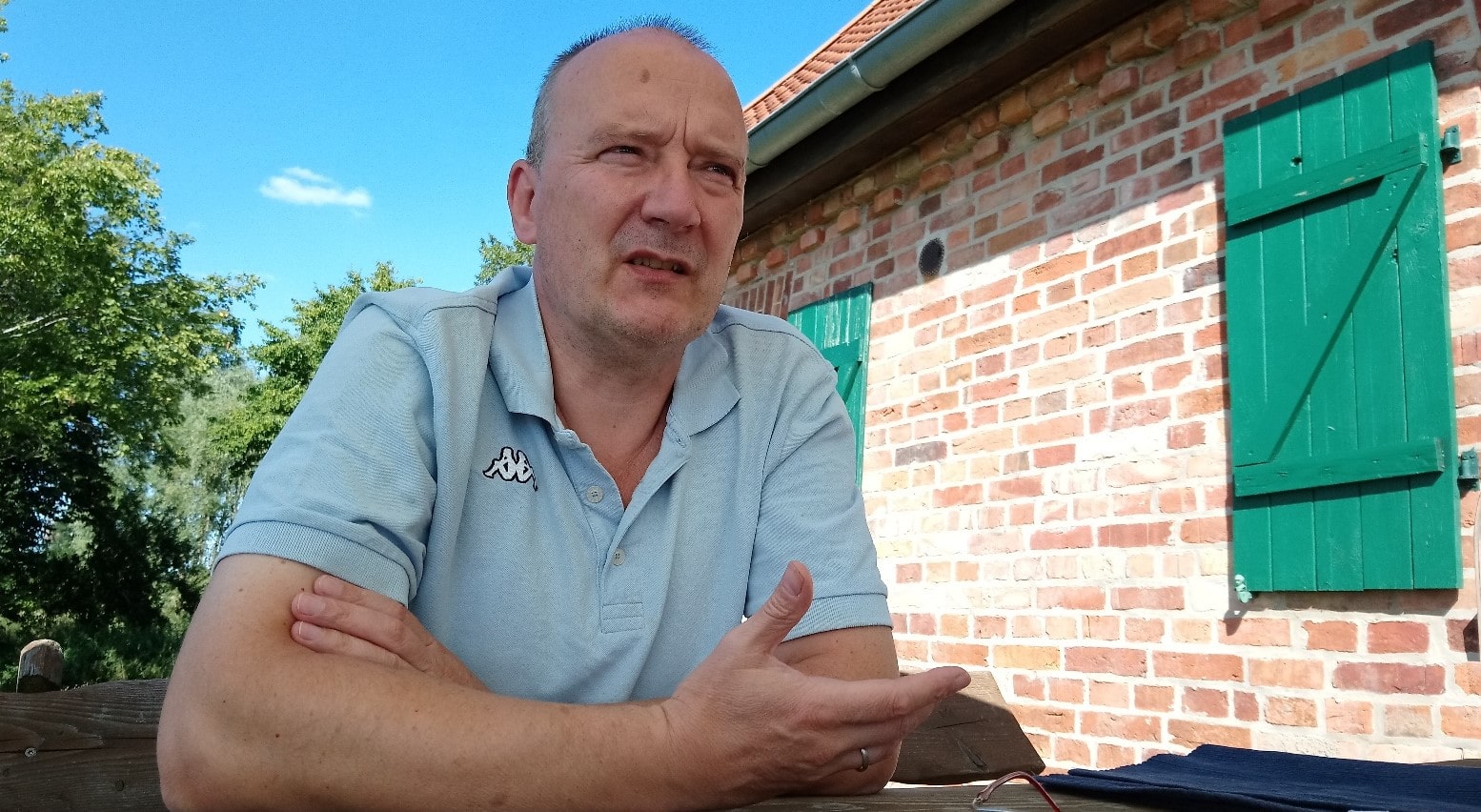 A global newspaper from Berlin. www.german-times.com